centrotherm as project partner for TRANSFORM 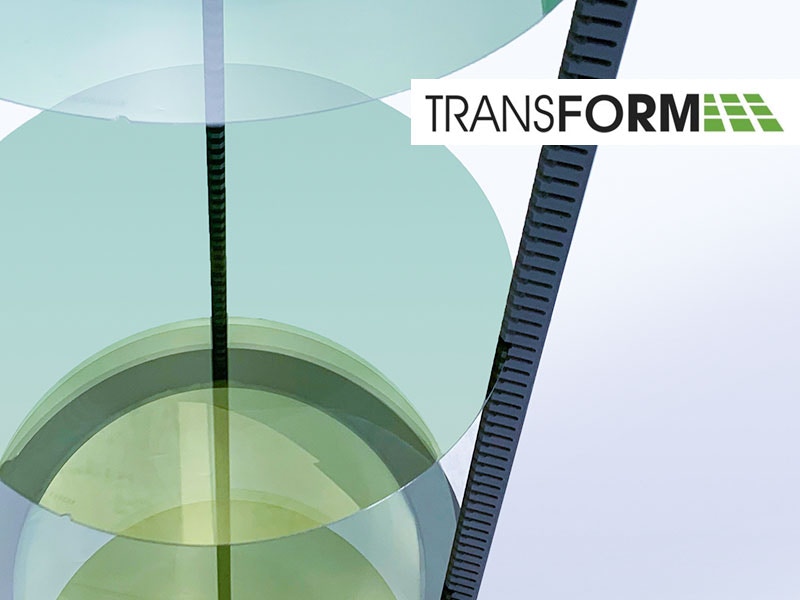 Together with 33 European project partners, Robert Bosch GmbH is coordinating the European funding project TRANSFORM - Trusted European SiC Value Chain for a greener Economy. centrotherm is involved in this project as a project partner and leading supplier of high-temperature furnaces for post-implantation annealing of silicon carbide wafers.

The common project goal is to establish and strengthen the complete value chain from the substrate to the silicon carbide-based energy converter in Europe. Due to the rapidly growing energy demand and the goal of climate neutrality of the European Union by 2050, energy efficiency plays a central role. The use of silicon carbide as a semiconductor in power electronics is an important building block for achieving these goals, not only in e-mobility. Depending on the application, efficiency gains of between 6 % and 30 % are expected. In addition, TRANSFORM is expected to help significantly strengthen the competitive position of European technology on the global market.

With its high-temperature furnaces for post-implantation annealing of 150 mm silicon carbide (SiC) wafers, centrotherm already ranks among the leading suppliers. centrotherm systems are in production at renowned manufacturers worldwide.

centrotherm has already contributed as a project partner to the European REACTION funding project for the development of the first factory for silicon carbide applications on 200 mm wafers with the development of a new generation of the c.ACTIVATOR and c.OXIDATOR.

The official project website was launched yesterday at www.sic-transform.eu.

Thermal production solutions and coating technologies are among centrotherm's core competencies. For more than 70 years we have been developing and implementing production concepts for a con-stantly growing international customer base. In addition to growth sectors such as the semiconductor and microelectronics industry, as well as photovoltaics, our innovative solutions are also being applied in new future-oriented fields such as carbon fiber production. As a leading, globally active technology group, we work closely with partners from industry and research. We improve existing production concepts and set new trends. In this way, we generate valuable competitive advantages for our customers. Around 600 employees worldwide are working to shape the future - GREEN | SMART | EFFICIENT.

Cookie notification: For the provision of our services we use technically necessary cookies. In addition, we use Google Analytics for the statistical analysis of anonymous user data to improve our offer.
Privacy policy | Imprint

This is the website of centrotherm international AG, Blaubeuren. If you are looking for the website of Centrotherm Systemtechnik GmbH, Brilon, Germany please click here. Please note that the two companies have no business connection with one another.